Who will triumph at the upcoming GP? 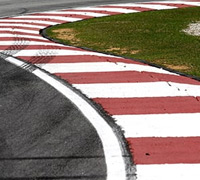 Who will triumph at the upcoming GP? Formula 1 is getting more exciting than ever. Our experts have all the info on the upcoming races. Betting recommendations included!

Will Leclerc strike back at the Monaco Grand Prix?

The race in Barcelona couldn’t have been more dramatic. Charles Leclerc didn’t finish the race due to technical problems, Verstappen secured the victory, despite a trip to the gravel and DRS problems, and thus took over the lead in the championship. Now, the Ferrari driver’s home race is on the schedule. Will the Monégasque strike back? We’ve got all the info about the prestigious Monaco Grand Prix for you – betting recommendations included!

Quick facts about the race:

No room for driving mistakes!

It’s time again: Stars and starlets are coming to the principality to watch the spectacular Monaco GP up-close. For the teams it means hard work once again. Because the race at the Côte d’Azur pushes drivers and engineers to the limit. Narrow turns, uneven underground, drain covers and slippery road markings require the highest level of concentration. Even the smallest errors are punished harshly as the crash barrier awaits immediately at the edge of the track. Contact with the crash barrier usually has serious consequences. A strong performance is already needed in the qualifying as chances to overtake during the race are rare.

Will Leclerc triumph at his home race?

The Ferrari pilot was quite frustrated in Barcelona. It was about to become the perfect weekend with pole position and the race win. His lead in the race was uncontested until he had to park his “Red Goddess” in the pit lane with engine problems. Also Max Verstappen struggled with technical issues throughout the weekend, especially with the DRS. But, the Monaco Grand Prix is a new race. Charles Leclerc will be highly motivated for his home race, especially after having to retire last year before the race had even started. I expect another thrilling duel of the top drivers. Mercedes made a step into the right direction recently, but it won’t be enough to win yet.

All bets on Formula 1!
Who will win at the opening race at the Bahrain GP?

It’s finally starting: The new 2022 Formula 1 season will open with the Bahrain GP. And excitement is guaranteed. Which teams will start with a victory under the new regulations? We have all the info and betting recommendations for the premiere. There’s also a TrustBet for all players!

Quick Facts about the race:

The Bahrain Internation Cicuit is located in the middle of the desert about 30 kilometres outside the capital Manama. Formula 1 celebrated its premiere in Bahrain in 2004, and with the exception of 2010, it has been a permanent fixture on the calendar ever since. Since 2014 the Grand Prix has been held as a night event. The layout impresses with its varied slow and fast sections. Already in turn 1 the drivers have to brake hard, but thanks to DRS, there are already opportunities to overtake here. There are also chances to attack after the fast middle section before the hairpin turn. For the engineers, the Bahrain GP is a big challenge. The high temperatures require efficient cooling and the brakes in particular are put to the test. Additionally, good downforce is needed in the medium-fast stretches.

Who will race to victory at the Bahrain GP?

During the last tests before the season opener, Mercedes surprised with a completely new design of the sidepods. Are the “Silver Arrows” a step ahead of the competition? The times of the tests indicate little about their relative strength. The teams were too busy with the basics. In addition, numerous interruptions made long runs impossible. It was noticeable, however, that Red Bull pushed the best times down again with an upgrade on the last day. Furthermore, Ferrari made a good impression, especially with regards to reliability. For me, defending champion Verstappen, Mercedes and Ferrari will decide the victory amongst themselves.

All bets for Formula 1
Play responsibly!