Europa League: Who will win the title? 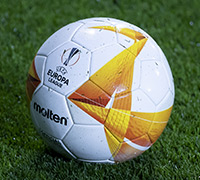 Who will win the title? The Europa League has entered the hot stage. Who will prevail in the duels and stay in the race for the title?

Who will win the title?

The countdown is on: On Wednesday, the much-anticipated Europa League final takes place in Sevilla. And with Eintracht Frankfurt and the Glasgow Rangers, two teams, who weren’t exactly favoured among experts, are playing. We’ve got all the info about the showdown for you – betting recommendations included as usual!

Quick facts about the final:

It’s the match of the year for Oliver Glasner’s team. After failing to qualify for international competition via the league, the final is the last chance for the “Eagles”. At the same time, the title would also be the biggest success for the coach from Austria. It would be the second victory for the club after winning the tournament in 1980. The Scots, on the other hand, won the European Winner’s Cup almost exactly 50 years ago. They last made it to the UEFA Cup final in 2008 and lost against Zenit.

The path to the final

The two teams defeated some rather famous opponents in the rounds leading up to the final. For example, Frankfurt showed off with a 3:2 in the 2nd leg of the quarter-finals in Barcelona. Giovanni van Bronckhorst’s team already kicked two German teams out of the competition – Borussia Dortmund in the playoffs and RB Leipzig in the semi-finals.

Who is the favourite in the Europa League final?

According to our bookies, Frankfurt are the favourites for the title. Glasner’s team sensationally eliminated the stars of the FC Barcelona. In contrast to their performance in the league, the “Eagles” gave an impressive display internationally. The frenetic fans provided additional power. However, an important part of the defence is missing with Martin Hinteregger. Despite being the favourites, Frankfurt must not underestimate the Rangers. Against Leipzig, Giovanni Bronckhorst’s team showed that that they can still turn a match around even if they are already with the back against the wall. And that despite missing several key-players due to injury. Will to play and fighting spirit will know no limits in the final. I expect a hard fight in the final with chances on both sides.

All bets for the match!
Play responsibly!